In ASISPA, the concerns for social issues, sustainability, human rights and the environment are essential matters to the organisation’s Corporate Social Responsibility policies that improve the quality of life of the people we assist. The general objectives that frame the lines of action are: Complying with current legislation, optimising the organisation’s Human Resources, ensuring the development of quality systems, consolidating Corporate Social Responsibility and reducing the environmental impact generated by our professional activity, among others, and therefore enhancing the following lines of action:

As a non-profit organisation, ASISPA’s profits are reinvested  into ASISPA’s Social Plan, which aims to subsidise the provision of Care Services to people with insufficient economic means and special situations of need. This Social Plan is financed with funds from the profits generated by ASISPA in the development of its activity. 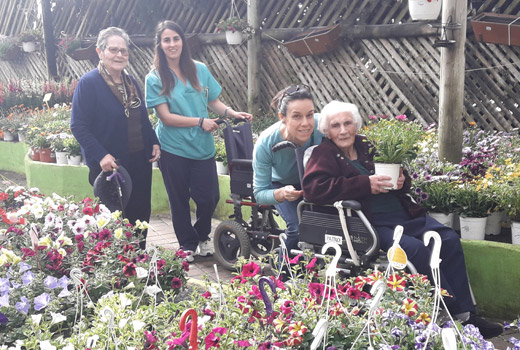 Being close to society and social care are two crucial values of ASISPA. For several years we have held a charity market; a campaign to collect toys and non-perishable food. All this can be done thanks to donations made not only by the organisation itself, but also by its workers, volunteers, partners and friends.

The following campaigns have been carried out during 2018:

Campaign to collect toys, intended for those families in need and to be delivered before the holiday of Reyes.
Workers and volunteers of the organisation participated bringing new toys. During the 2018 campaign, 260 toys were collected and distributed among 88 families in vulnerable situations.

Campaign to collect non-perishable food. This campaign is carried out from October to December. The food is intended for families in need. The campaign involves workers, partners and volunteers contributing with food donations. During the 2018 Campaign, a total of 2310 Kg were collected and distributed at the Magán City Council (Toledo) -in charge of helping families in need in their municipality-, at the Association of family members of Alzheimer’s patients Afade -in collaboration with Caritas-, at the Holy Trinity Parish -which provides assistance to vulnerable families the Neighbourhood of San Pascual- and at the Karibú Association -offering services to immigrants from Africa without resources-.

Christmas Market ASISPA, as every year, ASISPA celebrates its Christmas Market at the headquarters of the organisation. Users, workers and volunteers participate in it, providing any items in a good enough condition to be sold. During the 2018 Campaign, we collected a total of 400 euros. This year the proceeds have been donated to the La Barandilla Association to support the project “El teléfono contra el suicidio” (Suicide Lifeline) where professionals support people with suicidal thoughts and their families. 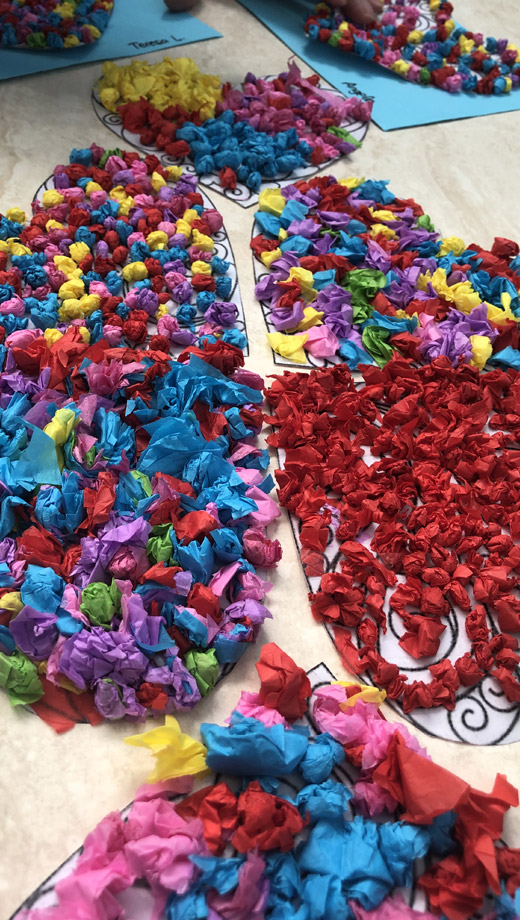 “Volunteering” has been a basic and essential feature of ASISPA since its beginnings as an organisation. From its foundation in 1980, ASISPA has always had volunteers among its staff in all the services it manages. Throughout all these years, numerous volunteers have worked with us, making it possible to carry out some tasks, such as walks, visits to relatives, trips to museums or intergenerational meetings.

During all these years ASISPA has kept adapting to the needs of society, promoting volunteer programmes according to current needs.
Currently there are 112 volunteers in ASISPA. 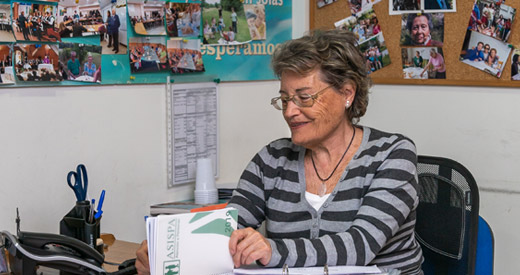 Currently ASISPA has the following volunteering programmes in operation:

One of the objectives of ASISPA is the organisation and participation in conferences and congresses in order to raise awareness among the population, disseminate the activities organised by the association and share synergies with other organisations and companies fostering a positive impact on society. For this reason, during 2018 the following events have been organised:

Models of Attention in Services for Older Adults Seminar, held in Magán, Toledo, in collaboration with the Ministry of Social Welfare of the Junta de Castilla La Mancha and the City Council of Magán 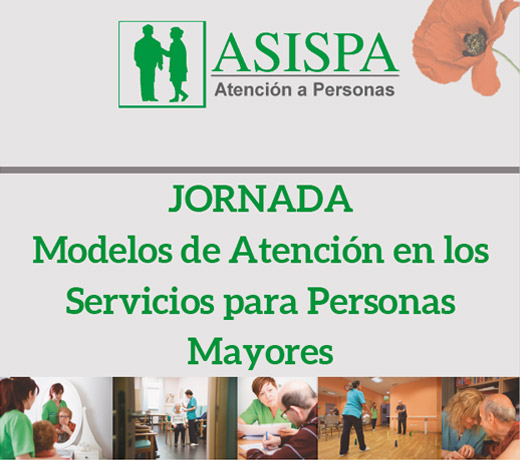 History of the Annual Contests

One of the objectives of ASISPA is the organisation and participation in conferences and congresses in order to raise awareness among the population, disseminate the activities organised by the association and share synergies with other organisations and companies fostering a positive impact on society. For this reason, during 2018 the following events have been organised:

Models of Attention in Services for Older Adults Seminar, held in Magán, Toledo, in collaboration with the Ministry of Social Welfare of the Junta de Castilla La Mancha and the City Council of Magán

The number of papers submitted for the different competition modalities was more than 706 works. 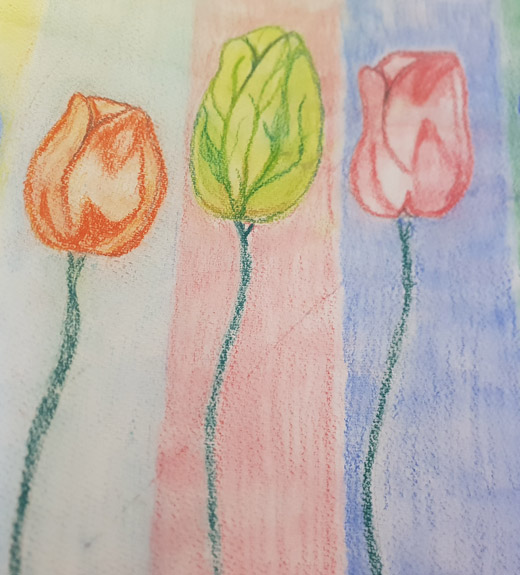 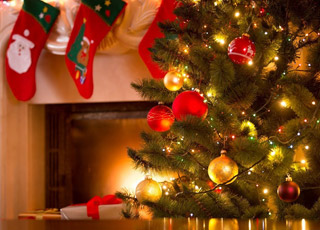 Download the information on how to participate in the Christmas Phrases Contest. Each author can submit a single original phrase. Phrases can be submitted between December 14 2017 and April 30, 2018. More information on the Contest Rules document.
Download 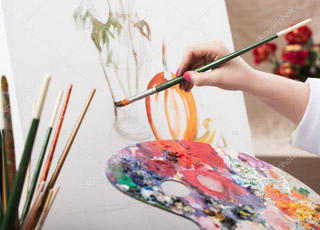 This edition will focus on the subject of “Nature”. Works can be submitted between December 14, 2017 and April 30, 2018. Find out how to participate by downloading the Contest Rules document.
Download 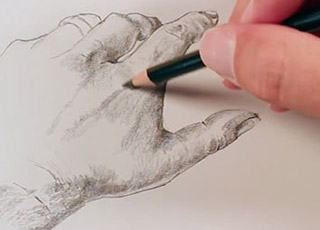 This edition will accept works on the subject: “Older adults and Christmas”. You can submit your drawings from December 14, 2017 to April 30, 2018. More information on the Contest Rules document.
Download 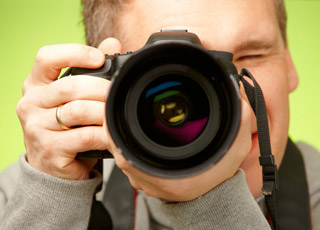 This year contestants can submit photography works on the subject of “Happiness”. The works can be colour or black&white and at least 15x21cm. Check the Contest Rules not to miss a detail. Works can be submitted until April 30, 2018.
Download 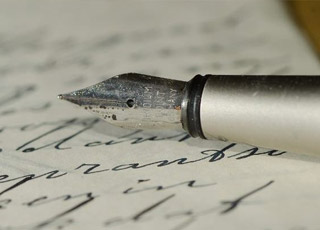 In this contest participants can send a single original and unpublished poem of a maximum of 29 verses written in Spanish or Catalan. The subject for short stories is “friendship” while for poetry the subject is free. Download the Contest Rules for more information.
Download

The experience of ASISPA, providing support services to older adults for 39 years, has allowed the organisation to take part in the unstoppable development of the technologies to provide a holistic assistance to older adults, and, at the same time, to understand that highly technical assistance is not always what the user desires, whose preferences are inevitably linked to their life experience, values and life project. 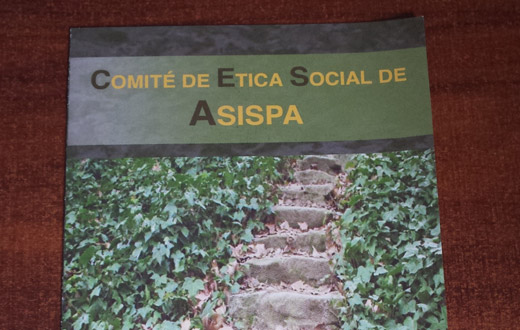 The experience of ASISPA, providing support services to older adults for 39 years, has allowed the organisation to take part in the unstoppable development of the technologies to provide a holistic assistance to older adults, and, at the same time, to understand that highly technical assistance is not always what the user desires, whose preferences are inevitably linked to their life experience, values and life project.

The Social Ethics Committee provides non-binding advice to the user, family members, professionals and other organisations in the field, based on universal bioethical principles, such as justice and autonomy. It aims to:

In short, the Social Ethics Committee will provide advice in situations where ethical values and the interests of the user or family are in conflict with those of ASISPA’s professionals.

The Ethics Committee is formed by a team of different professional profiles:

In 2018, the Committee continued with its activity in order to support both professionals and users or family members in decision-making in situations where it is not easy to know which is the most appropriate conclusion.

ASISPA has always promoted the active search for diversity, due to the added value that it carries, which can only be obtained through proper management of the individual characteristics and competencies of workers.

Under this perspective, given the need to fill any vacancy in the entity through an external process, whenever possible, priority is given to candidates with certified disabilities equal to or greater than 33% or belonging to disadvantaged groups who, for different reasons, find it more difficult to access a job (victims of gender-based violence with this condition certified or not, people in a situation of social exclusion, people who have been unemployed for long periods of time, etc.) 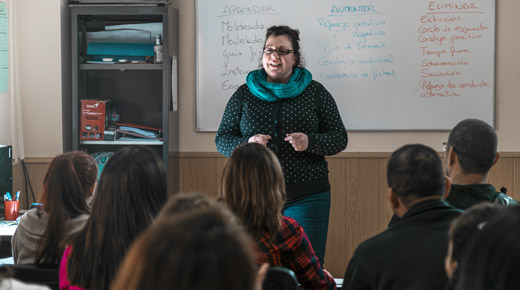 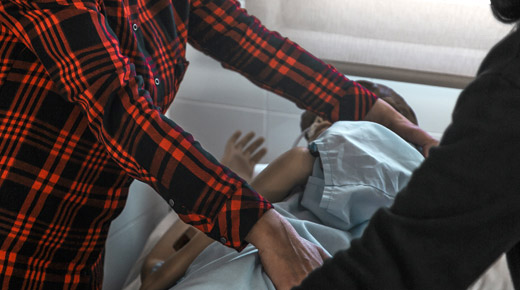 At ASISPA, we care about providing the best service and assistance to the people we work with and support. The professionals of the different services and centres of the organisation work on for a continuous improvement, researching and creating innovative programmes and making efforts to improve the quality of life of the people to whom we provide our services.

In 2018, our organisation has developed programmes, research and activities to foster our commitment to social innovation and research in order to improve the quality of life of all the people we support. 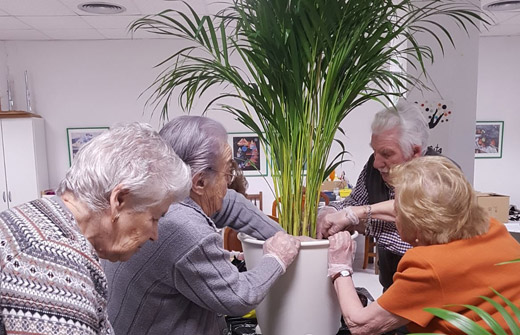 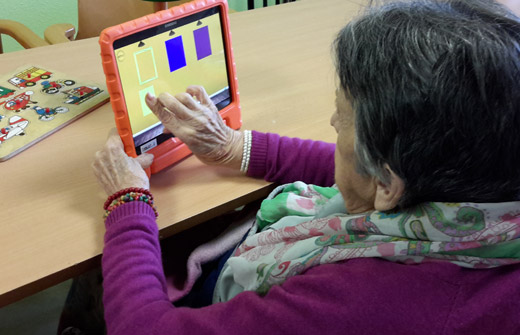 In ASISPA, we believe that it is fundamental for the whole society that, while science and research have brought about an increase in life expectancy, this should always go together with an improvement in the quality of life. More years are lived, but we believe they are to be lived under conditions that give the older adults and others the possibility of living these later stages of life fully.

We bring social and cultural activities into the core of our organisation, as a key tool for improving the quality of life of the people we assist. For this, we assess the needs and requests of users and we seek their participation in the process of development of the activities, making leisure a source of satisfaction and personal fulfilment. As our goal is to go beyond mere assistance we strive to improve of the quality of life of older adults and the other groups to whom we provide assistance. 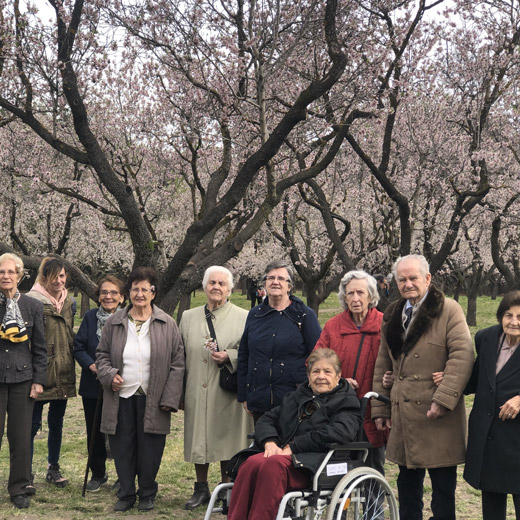 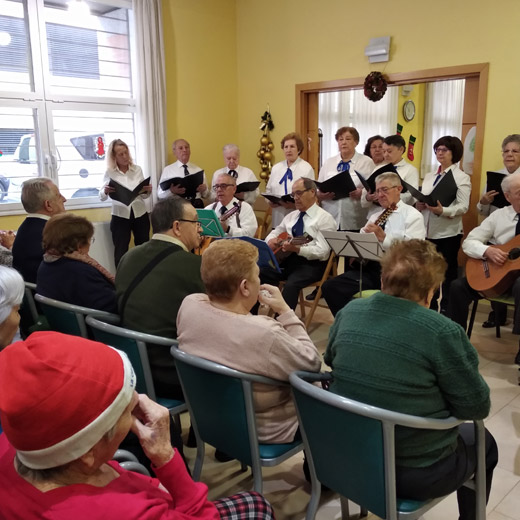 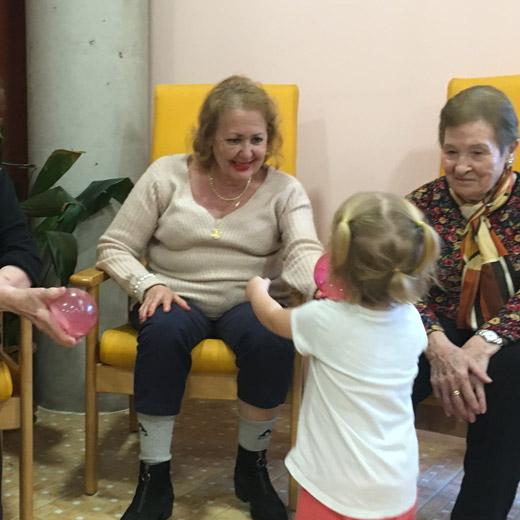 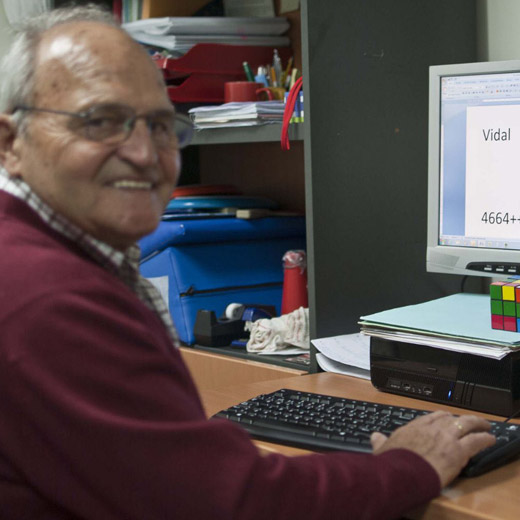 For more information or queries please do not hesitate to contact us, our support team will gladly be of assistance. You can reach us at 91 195 91 93, or send us your inquiry through our contact form by clicking on “contact” below.

You can find out more about which cookies we are using or switch them off in settings.

This website uses cookies so that we can provide you with the best user experience possible. Cookie information is stored in your browser and performs functions such as recognising you when you return to our website and helping our team to understand which sections of the website you find most interesting and useful.

Strictly Necessary Cookie should be enabled at all times so that we can save your preferences for cookie settings.

If you disable this cookie, we will not be able to save your preferences. This means that every time you visit this website you will need to enable or disable cookies again.

This website uses Google Analytics, LinkedIn, Mailchimp, Metricool and Facebook to collect anonymous information such as the number of visitors to the site, and the most popular pages. We also use Tawk.to for the chat.

Please enable Strictly Necessary Cookies first so that we can save your preferences!